“I never knew that my campaign would have such an impact on the kids”, says Pranathi, a 8th grade student of Vani High School with her eyes beaming with confidence, while she talks about her “Save Water Campaign”.

She goes on to say, “I came across this news article about brewing water crisis in our country and realized that something needed to be done, and the first place to start from was to ensure responsible usage of water in my hostel.” 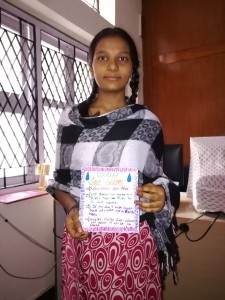 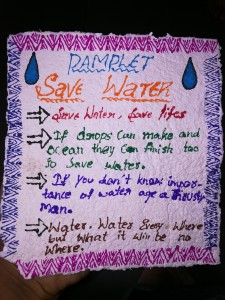 She prepared pamphlets and stuck them on the notice board, walls in rooms and behind doors in bathrooms, in order to create awareness and inspire a behavioral change among kids.

“At first, they made fun of me. But I stuck to it. And now I can see them keeping the taps off while brushing their teeth, putting the shower off, while putting soap on, during a bath”, her smile depicting the success of her campaign.

Her Science teacher, Mr. Vinod, is all praise, when he says “Janyaa’s Lab-in-a-Box (LIB) initiative, not only has given an opportunity to kids to utilize their time in an effective manner but also reinforced the learning the kids got by using Janyaa kit, giving them an opportunity to express it in unique ways.”